The SAPA team is happy to assist with any searches and projects.

The SAPA team can advise on the use of the various databases and provide valuable information on a wide range of topics. Please don’t hesitate to contact us.

With the breadth of its specialist knowledge, SAPA can offer all kinds of support to institutions and private individuals: 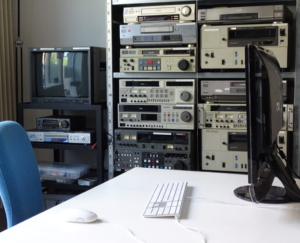 Video conservation is a complex process with special technical requirements.

Due to the importance of using video technologies to preserve the cultural legacy of the performing arts, the SAPA team provides consulting services in the following areas of expertise:

SAPA is happy to loan parts of its archival and documentation material for exhibitions or events. Conditions are subject to inquiry.

Documents from the SAPA media library can be consulted at the relevant regional office. Some documents can also be loaned out.

In its endeavour to share the fascinating cultural heritage of the performing arts with a broad public, SAPA offers varying formats of outreach activity.

In doing so, the Foundation subscribes to the concept of a modern archiving practice – think Living Archive – the aim of which is not simply to preserve the treasures of the past, but to take a dynamic and productive approach to archiving and create multi-perspective forms of access.

In collaboration with the Zurich office of the SAPA Foundation, a range of workshops for school classes on the topic of dance have been created:

This series of workshops was designed by Susan Hengartner who continues to conduct them herself. Interested institutions or teachers can book workshops via the schule&kultur website or are requested to contact Susan Hengartner directly (susan_hengartner@hotmail.com). 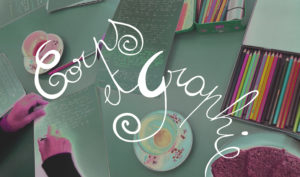 Artist and outreach specialist, Héloïse Pocry, of the Lausanne SAPA team, has designed a workshop tailored specifically for SAPA that combines dance and creative writing:

Writing is the mind in motion. Movement is the body in writing. The close relationship between these two forms of personal expression provides the basis for our experiments in a series of short and stimulating written exercises. Guided by the principles of lightness and freedom, the workshop invites you to let your imagination run free.

The workshop can be held on the SAPA premises or at another institution. 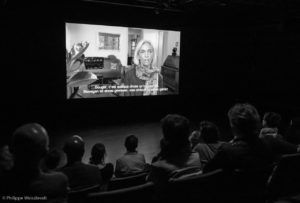 The film Voix de danse – Voies dansées can be shown as a narrated film screening. Interested institutions are requested to contact the SAPA team.

Guided tours of the premises and exhibitions are offered by the three regional SAPA offices. The exact programme is drawn up with the visitors and adapted to meet their needs in terms of duration, subject matter, format, etc.

Interested institutions and private individuals are requested to contact the respective SAPA team to create a suitable programme. 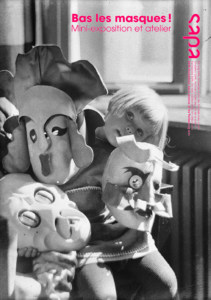 The exhibition Sigurd Leeder – Spuren des Tanzes (Sigurd Leeder – Traces of Dance) has been modified into a new format designed for a younger audience. Entitled Masks off! this version is mobile and easy to transport, which means that it can be shown almost anywhere. A virtual, freely accessible version also exists. This outreach activity for children is completed by a workshop and a masked guided tour which can also be held at any interested institution.

A mini exhibition about dance and masks

The performance is over, but what remains in our memory? The SAPA Foundation has collected the traces that the performance leaves behind: objects, video recordings, photographs, reports and other documents. The mini exhibition features some particularly original finds that – whether funny, frightening or fairy-like – all have something to do with masks, making the dance comes to life again before your very eyes!

Workshop and guided tour with masks

Don a mask and the stage is yours! Come and make your own mask and wear it during a special guided tour of the “Masks off!” mini exhibition. You’ll discover all kinds of extraordinary treasures and mysterious writings…and even play your own part in the story!

Exhibitions are held on the SAPA premises in Lausanne and Bern: 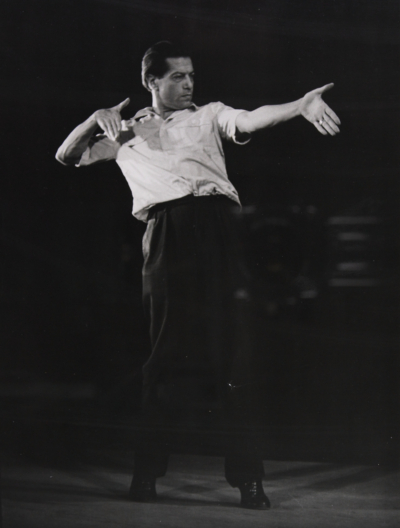 Dancer, choreographer, pedagogue, author and dance ambassador, Serge Lifar was one of the creators of neoclassical ballet. This symbolic figure made his mark on the history of 20th century dance and influenced a number of renowned artists, including Maurice Béjart.

The exhibition looks at the artist in four chapters: in his most famous two roles, firstly as Icarus and secondly as Giselle, in his unique personal technique and in the “corner of rarities”, featuring photographic gems of his life and work. In this exhibition, the SAPA Foundation reveals its archival treasures and pays tribute to an important artist who spent the last years of his life in Lausanne.

The exhibition runs until 31 December 2021. Entry is free. Group tours are available on request.

The Bern office is pleased to present a permanent exhibition on the topic of “Theatre, present and past”. Objects as well as texts from various periods of theatre history are available for visitors to explore topics of particular interest in depth.

Various levels of information enable visitors to either view the exhibits on a short visit, or gain a deeper understanding of the topic through the explanatory texts.

The museum is open by appointment.

The SAPA team offers guided tours on request throughout the year.

SAPA conducts scientific research in various ways, whether in the form of collaboration with universities and other institutions of higher education or by developing its own projects. 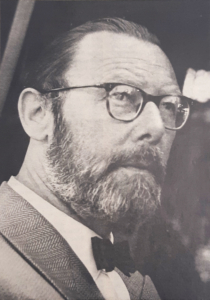 Oskar Eberle, a theatre scholar, dramatist and director famous for his role in professionalising the Swiss theatre industry, had a profound influence on theatre discourse in Switzerland in the 20th century. He founded the “Gesellschaft für Innerschweizer Theaterkultur” (Society of Theatre Arts in Central Switzerland), today known as the “Schweizerische Gesellschaft für Theaterkultur” (Swiss Society for Theatre Arts SGTK) and served as its managing director, editor and publicist. With recourse to the past and by separating it from ‘foreign’ theatre, he attempted to construct a national theatre identity and to reform Swiss theatre-making with his written theories and practical works. Celebrated during his lifetime as an innovator of amateur theatre and entrusted with staging national festivals (1939, 1941), he came under suspicion during his review of the federal policy of ‘intellectual national defence’ for his ideological affinity to populist and national socialist thought patterns. Since the extensive Eberle legacy, which is housed at SAPA, has not yet been processed, there is a lack of basic research on the details of the life and work of the greatest Swiss exponent of theatre in the interwar and wartime period.

The project entitled “Oskar Eberle (1902–1956): Identity discourse, theatre policy and amateur drama reform” aims to close this glaring research gap in the history of theatre in Switzerland, using a compilation and evaluation of biographical evidence and historical sources of the time. In an interdisciplinary exchange with experts in the field (project partners), the three project team members analyse the sources with regard to the issues relevant to the time. The plan is to develop an overall picture that traces Eberle’s work as a theatre historian, theatre practitioner and advocate of national festivals, and interprets it in the context of the period.

Productions on sanctity in the context of confessional disputes

Productions on sanctity in the context of confessional disputes 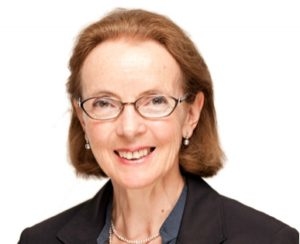 The Story of Dance in Switzerland

Besides collecting and archiving existing material in the field of the performing arts, SAPA also works on creating new material. Oral accounts of key figures playing their role in the fleeting art of dance have already been recorded in the film Traces of Dance (Tanzspuren).

This project voices the words of journalist Ursula Pellaton. She follows trends, movements, places and themes related to Swiss dance and reports on them in reviews, performance assessments, portraits, previews and articles.  Her expertise stretches back over half a century of dance history and extends far beyond her publications.

In conversation with Ursula Pellaton and using examples of oral history methods, her memories and descriptions are saved, and important documentary sources for Swiss dance history thereby secured. The audio-visual interviews are also available for viewing as raw material. The interviews will also be transcribed and form the subject of a publication in the SAPA series.

This project forms part of: 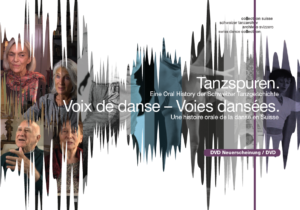 Dance is a fleeting art form – which means that documenting it presents a number of difficulties. In Switzerland in particular, sources are patchy and its dance history correspondingly filled with gaps. To reflect newer approaches to archival practice, SAPA also wants to play its role in actively creating archival material and to this end launched an oral history project in 2012: between 2012 and 2016, the project team conducted interviews with ten dance practitioners based in Switzerland.

The pilot project received an award in 2012 from the Federal Office of Culture FOC and was made possible by financial support from FOC, the Loterie Romande and the Stanley Thomas Johnson Foundation.

Based on the interviews in the pilot project, the Swiss Dance Archive wove the ten stories of the dance creators into a touching one-hour cinematic portrait. After the great success of the premiere at the 2015 Winterthur Dance Festival, the first SAPA video production has been shown at many other events. SAPA continues to offer narrated screenings.

The National Dance Inventory is an index of all localities and institutions that hold archives on the history of dance in Switzerland.

As a reference institution, the SAPA Foundation has set itself the goal of creating an overview of the archival fonds available in Switzerland on our country’s choreographic heritage and to provide detailed information about the individual collections and archives.

Such an overall view enhances the visibility of the existing collections and facilitates the permanent preservation of the rich cultural heritage of dance in Switzerland and its accessibility to the public.

The nationwide project launched in 2017 aims to:

The SAPA Foundation compiles various articles and documents, as well as catalogues for its exhibitions, and publishes project-related DVDs. These are available at the Lausanne and Zurich offices or can be ordered by e-mail or telephone.

All publications
Go to Top